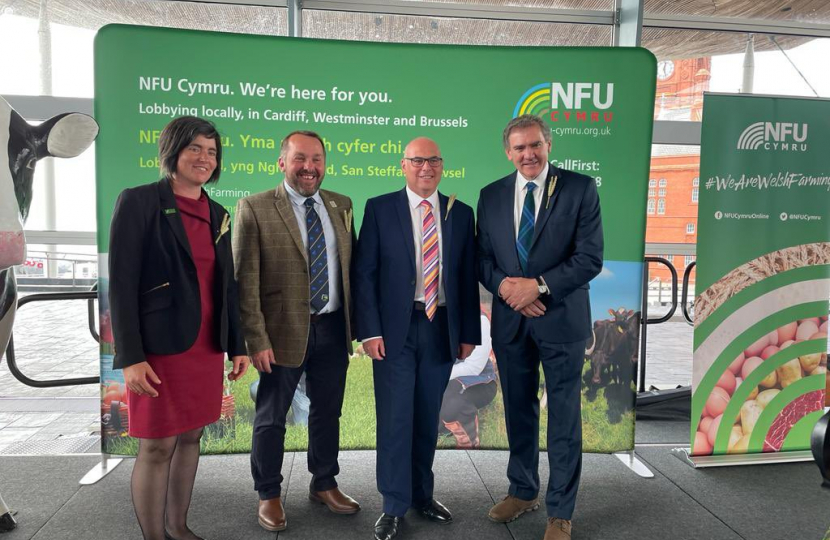 Mr Davies said, “2022 is an important year for the Welsh farming industry – major new regulations have been set in relation to water pollution, the Welsh Government’s Bovine TB strategy is being refreshed and there’s a huge Agriculture Bill coming this autumn, which could reshape the industry for years to come. In the midst of all of that and an ongoing international conflict, food security has never been more important. We must ensure that the people of Wales have access to high quality, affordable food and the Welsh Government must use the levers it has to support our industry, not introduce measures that will make life tougher for our farmers.”

The Open University and British Chambers of Commerce have today released their Business Barometer 2022.

It’s based on a survey of more than 1,300 organisations across the UK, with a focus on Wales.