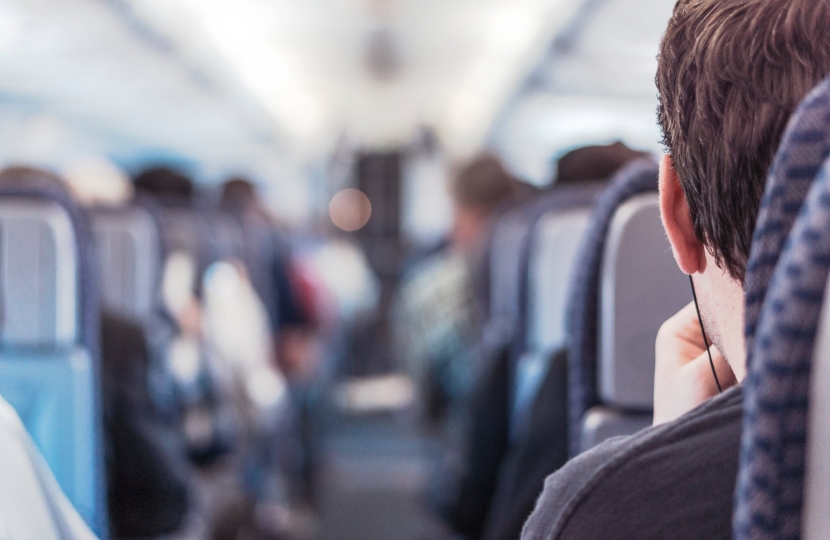 Leader of the Welsh Conservative Group, Paul Davies AM, has today asked the First Minister why rail users and tourists in Wales are still struggling with a poor transport service.

Mr Davies spoke in today’s First Minister’s Questions to highlight the terrible journey of two visitors to Wales reported to him by B&B owners in St Dogmaels, Pembrokeshire.

He told Mark Drakeford that in a particularly terrible example, two of the couple’s guests were ‘wedged’ into ‘packed’ trains on a long journey on holiday from Newport to Haverfordwest. This was an ordeal no one should have to expect when on holiday in the UK, but even more so because the guest in question was recovering from illness and as Mr Davies made clear to the First Minister, the long journey “was incredibly painful for her”.

This example is typical of many reported incidents told to Assembly Members.

Mr Davies used today’s questions to highlight to the First Minister figures from a national rail survey released yesterday. The survey revealed that only 72% of commuters in Wales are satisfied with their service, and 51% of people were unhappy with Transport for Wales’ approach to delays.

Wales’ rail network has suffered at the hands of the Welsh Labour Government; with chronic problems with cancellations, delays, overcrowding and unreliability. The situation has even been exacerbated in recent months with the announcement of old retired 1960s trains being recycled into service in Wales.

“The First Minister must stop ignoring the voices of transport-users in Wales who are unhappy with the antique and not fit-for-purpose rail network in Wales.

“We should be boosting tourism in this country, not standing by while holidays are ruined by bad journeys.

“As my Shadow Cabinet Member Russell George said yesterday, the Welsh Government must do more to tempt fed-up travellers back onto the rail service if it is indeed serious about its recent declaration of a climate emergency.”

A campaign to support young carers across Wales is being back by Preseli Pembrokeshire Assembly Member, Paul Davies.