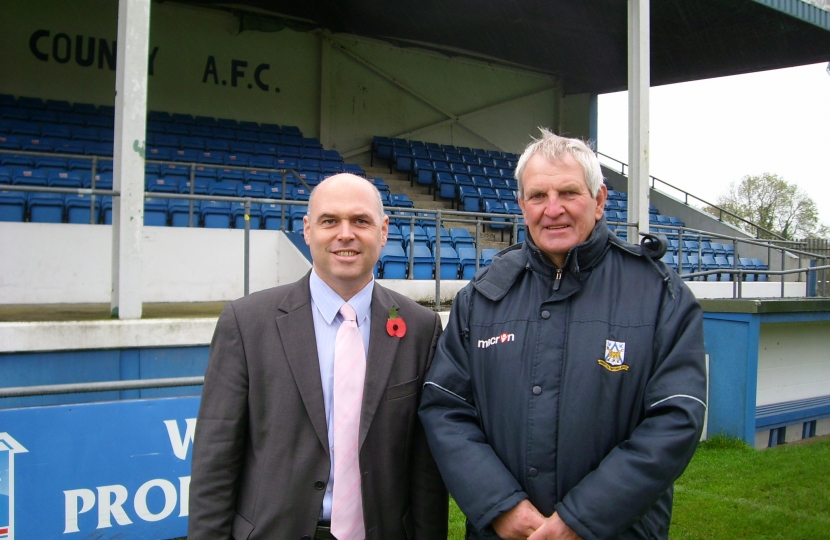 Local Member of the Welsh Parliament Paul Davies has congratulated Haverfordwest County AFC on their promotion back to the JD Cymru Premier League.

Commenting on the achievement, Paul Davies said “It’s great that Haverfordwest County will once again compete in the Premier National League of Wales with the likes of The New Saints, Barry Town and newly crowned champions Connah's Quay Nomads. The management and players have done a fantastic job in gaining promotion from the JD Cymru South League.”

“With the Conygar Bridge Meadow Stadium widely regarded as being one of the top grounds in Welsh non-league football, it’s only fitting that the Bluebirds will be back in the premier division.”

“I would also take the opportunity to thank David Hughes and Rob Davies for the work they have done as Chairman and Vice Chairman of the club respectively. I have known David for a number of years and he has worked tirelessly for the club. I’m delighted to learn that both David and Rob will stay on the Board as Robert Edwards takes over as Chairman. Their knowledge and experience will be vital moving forward into this exciting new era.”