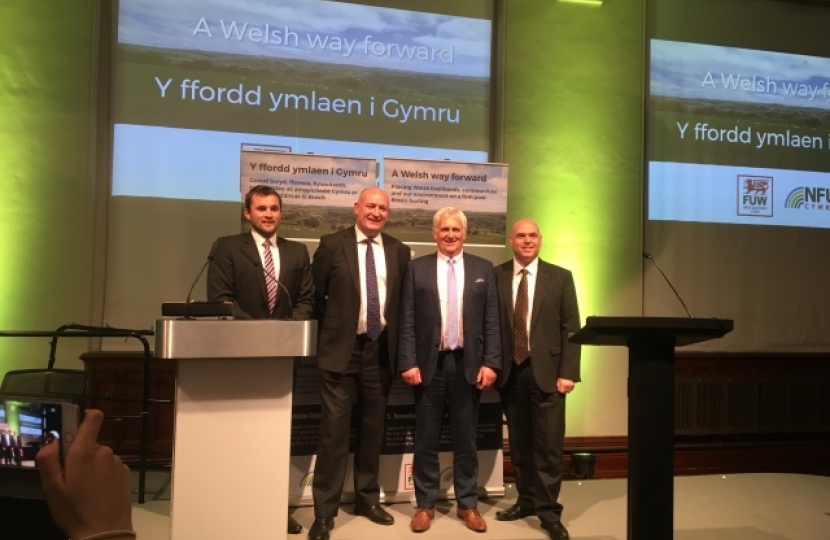 Preseli Pembrokeshire AM Paul Davies said: “It was a pleasure to host the joint briefing session and hear how the Welsh Government’s proposals could affect the agricultural industry in Wales post-Brexit. It goes without saying that the Welsh Government should be working with Welsh farmers, not against them. In my own constituency, I know that ending the direct payments system could have a huge impact on local farmers as agriculture is the very backbone of Pembrokeshire’s economy – and this will be the same for other rural communities too. Therefore, I’m urging everyone involved with farming across Wales to get involved with this important conversation and make their voices heard loud and clear”.

As a largely rural constituency, the farming industry remains at the heart of the Pembrokeshire economy. The issues facing the agricultural industry – from TB and Foot-and-Mouth to unsustainable prices – are ones that Paul feels passionately about.