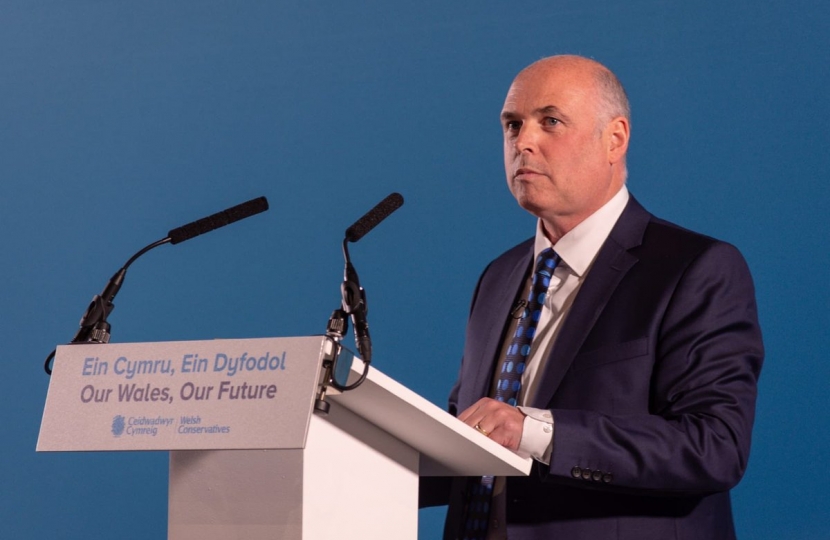 Quizzing Mr Drakeford in the Welsh Parliament today, Paul Davies AM asked the First Minister what due diligence the Welsh Government is taking to end the waste of Welsh money.

Mr Drakeford wasn’t able to answer to a record of bad loans and poor business decisions, including £3.4m lost on a closed Canolfan Cywain, and £650,000 on Main Port Engineering which went into administration.

Tory leader Mr Davies went on to highlight the case of one company, Kukd.com. The online food ordering site received a £1million grant from the Welsh Government to expand the business and create 100 jobs, but after promised jobs failed to materialise, a Welsh Government investigation into how the money was spent was announced in September 2016. Despite the passing of almost three years, we’re no closer to seeing the resulting report.

He said: “This isn’t the first time we’ve questioned your government’s accountability, and for being less than transparent with us, First Minister. A long line of poorly managed projects have fallen far short of expectations and have dented the confidence of taxpayers.”

Commenting outside the chamber, he added:

“Week after week I have to repeat my calls for the First Minister to just take responsibility for his Government’s failings, but as Welsh Conservatives we will continue to hold a spotlight to issues Mark Drakeford would rather we ignored, just as he seems to do.

“These errors and the stark lack of accountability is the natural result of twenty years of continuous and complacent Welsh Labour leadership.

“Let’s not forget the further Welsh Government errors, including Pinewood Studios, the Circuit of Wales project, the underselling of land connected with the Regeneration Investment Fund for Wales, risky business investment in Kancoat and the irresponsible selling of Welsh timber by Natural Resources Wales.

“Given that the First Minister protests his Government’s due financial diligence, and in the interest of transparency, I called on him today to publish the report into Kukd.com as soon as possible, so that we in the chamber can properly scrutinise this matter.”