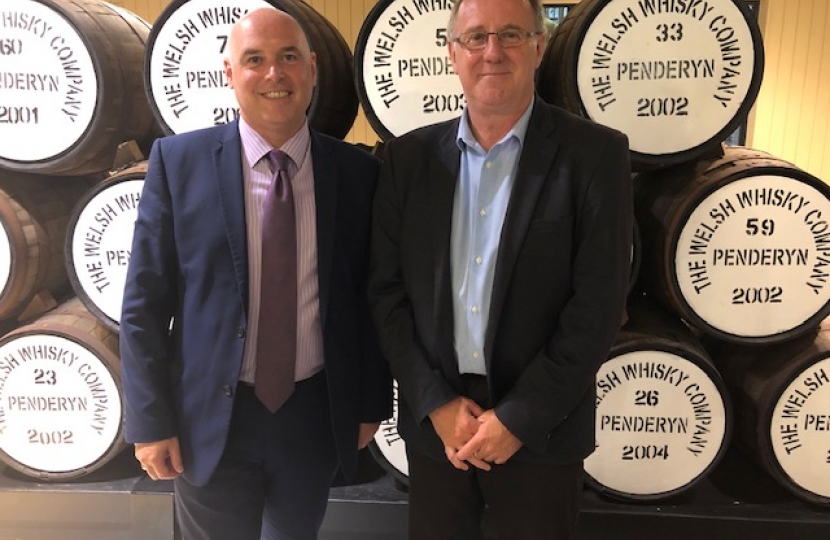 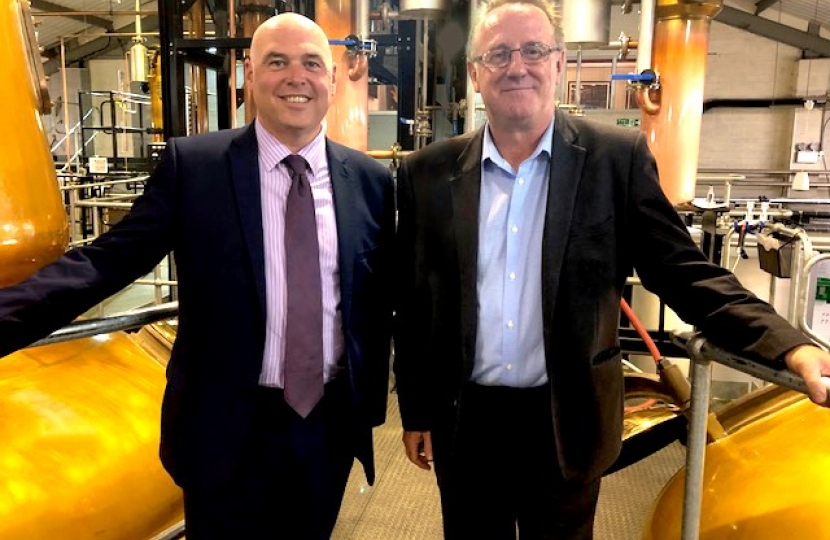 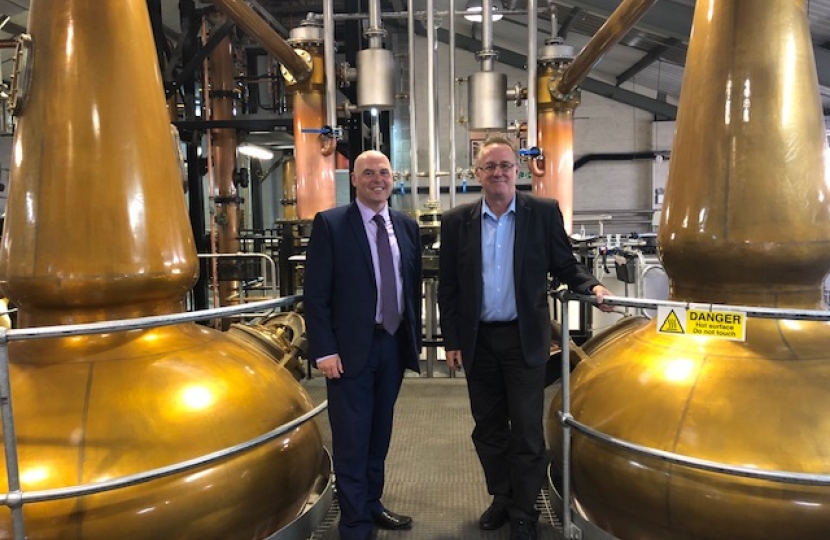 Paul Davies AM has enjoyed a tour of Penderyn Whisky Distillery, learning about the thriving company’s humble roots and unique ingenuity.

Once a long-forgotten product and a scoffed-at dream, Welsh whisky was lost to the ages for more than 100 years, and long overtaken by its Celtic cousin in Scotland.

That was however, until Penderyn Whisky was formed by a group of friends in the heart of the south Wales countryside, before it went on to travel the world winning a multitude of awards.

Mr Davies, leader of the Welsh Conservatives, was pleased to see how this growing Welsh business is representing the country around the world.

Penderyn Distillery exports to countries across the globe, including France, USA, Taiwan, Japan and New Zealand. Closer to home, the famous sleek bottle designs are on sale in supermarkets, specialist stores and even high-end London outlets including Harrods.

As well as its thriving single malt line, the distillery also produces its famous Brecon Gin, which is particularly popular in Spain, as well as the Merlyn Cream Liqueur, and Five Vodka.

The Penderyn distillery, just north of Aberdare, runs on its own natural spring, and the site also includes a museum and gift shop. Tours of the site, including the production floor, are a hugely popular attraction, visited by 42,000 tourists and locals last year.

Mr Davies met with Penderyn Chief Executive Stephen Davies to learn all about the distilling process, as well as hearing more about plans announced earlier this year to expand the Penderyn experience across North and West Wales.

New centres are planned for Llandudno as soon as next year, and in Swansea in 2022.

“My thanks go out to Stephen and the Penderyn team for this incredibly interesting tour. It was fantastic to see first-hand their unique distilling methods, and learn the history of Welsh whisky.

“Penderyn is a much-loved ambassador brand for Welsh produce, and their idea to tell the world about Wales’ history and identity through the Welsh Icons range is fantastic.

“I wish the brand continued success for the opening of their new sites, and I look forward to visiting in Llandudno or Swansea at the earliest opportunity.”

Notes to editors: Pictured left in all images is Paul Davies AM, and right, Stephen Davies, Chief Executive of Penderyn Distillery