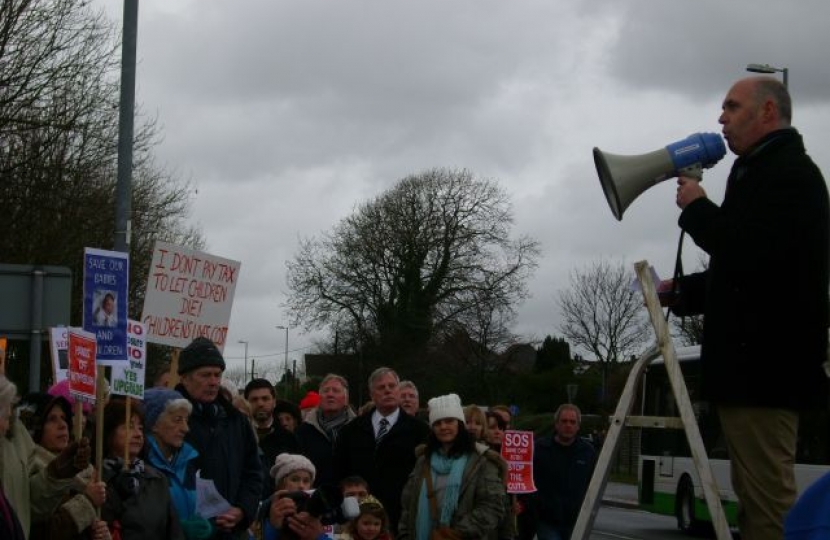 Concerns over the latest proposed service reductions at Withybush Hospital have been raised by local Assembly Member Paul Davies in the National Assembly. He challenged Mark Drakeford AM during First Minister’s Questions and highlighted that the First Minister had categorically stated in the Assembly on 19th March 2019 in relation to maternity services at Withybush Hospital that 'there are no proposals of any sort to make a change in the service provided there”

The following day on 20th March 2019, Minister for Health and Social Services Vaughan Gething AM was equally clear when he stated “I’m happy to reconfirm the statement set out yesterday by the First Minister. It reconfirms what the health board themselves have said. There is absolutely no threat to 24/7 deliveries being made at the Withybush midwife-led unit, and I do hope that will put an end to the scaremongering that is taking place. It is actively scaring members of the local community who rely on those services.”

Commenting on these latest worrying suggestions, Paul Davies AM said “I fail to see how Mark Drakeford and Vaughan Gething can say the suggestion of moving from a 24/7 staffed unit to one where expectant mothers have to ring ahead to say they are coming to Withybush Hospital is anything other than another service reduction.”

“What would happen if the member of staff called out had a transport issue whilst travelling to Withybush Hospital at night? Yet again the Hywel Dda University Health Board are looking to provide reduced levels of service to Pembrokeshire people, and clearly the First Minister is in denial about it. I have been accused of scaremongering but I will continue to fight for services at Withybush Hospital.”

“The Welsh Government’s abysmal record of managing the health service in Wales is clear for everyone to see with well documented issues in several health boards across Wales including Betsi Cadwaladr University Health Board and Cwm Taf Health Board.”

“It comes to something when a former Welsh Government Cabinet Minister, Andrew Davies who is the outgoing Chair of the Swansea Bay University Health Board is scathing at the Welsh Government’s micromanagement.”

“The people of Pembrokeshire and indeed Wales deserve better.”